Earlier this week, we had a downward difficulty adjustment of 6% as miners that became unprofitable due to the subsidy getting reduced by half left the network.

It seems that more computing power has left the network since the adjustment. Blocks have slowed considerably and as of right now (granted, we are less than 200 blocks away from this week's retarget, so take this number with a grain of salt) it seems that we are in for a material downward adjustment during the first week of June. If these numbers hold, this would be the largest downward adjustment in Bitcoin's history.

Currently, my node is showing that hash rate is ~91EH/s over the last 120 blocks. I checked it a couple of times last week and the lowest hash rate my node recorded that I caught was ~84 EH/s.

As hash rate has fallen off the network and blocks have slowed, we've seen an increase in the amount of transactions waiting in mempools. Currently, Clark Moody's dashboard is showing 59,663 transactions in his mempool. My node is showing 53,887 transactions waiting in my mempool. Naturally, this has put upward pressure on fees and the amount of time it takes to get transactions sent with lower sat/byte fees confirmed. Individuals who need to get transactions confirmed quickly are driving fees higher. Though, as you can see from the chart below, transactions with fees 2-10 sats/byte are being confirmed if you are willing to wait a bit. (For you freaks who haven't seen this chart before you can tell this is happening by looking at the blue-purple sections of the graph falling on the 16th and 17th.)

I imagine the weekend will help with the mempool back ups as on-chain activity tends to decrease during the weekends, but unless more hash rate joins the network or people transact less during the week we should see this trend continue until the next adjustment.

This increase in fees has led to an interesting development; fees as an overall percentage of the block reward has been rising. Over the last 2,016 blocks fees have made up 10.52% (0.93BTC) of the reward. And as of writing, the predicted fees for the next block are slated to account for ~36% (2.24BTC) of the total reward. These number are materially higher than they were before May 11th, which makes sense. It will be interesting to see how high these percentages stay, especially if the price of bitcoin rises significantly over the next few weeks/months.

He says it a lot in this rag, but your Uncle Marty doesn't think this can be overstated; the Bitcoin network was designed beautifully and it is always awe inspiring to see the protocol simply work. Chugging along producing blocks as its users adapt to it on the fly. Adding and removing hash as difficulty fluctuates. Attaching different fees to transactions depending on the demand for block space at any given point in time. Sending digital cash to others in a peer-to-peer fashion that is controlled by no central authority other than the code that makes the messaging system functional.

What a time to be alive!

(I hope this was helpful! Feel free to respond to this issue via Twitter DMs if you have any questions.)

Getting a new surfboard tomorrow morning. Very excited about that. 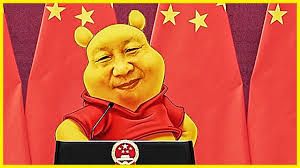 This action will probably be viewed as one of the most pivotal geopolitical moves of the 21st century when we look back decades from now. 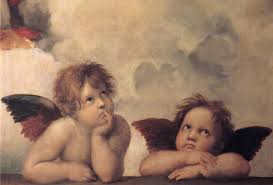 If anything, this highlights one of the beautiful things about Bitcoin.