It feels like as good a time as ever to get back to our roots here at The Bent. This newsletter was launched in June of 2017 in reaction to an increase in the amount of texts, emails, calls, and DMs I was receiving from my family and friends who wanted to learn more about Bitcoin. I alluded to this in Friday's issue, I am currently experiencing a similar flood of texts, calls, emails and DMs. Particularly about the upcoming halving and how it affects the Bitcoin network. So today, we're going to focus on the basics of mining and how it fits into the Bitcoin network.

Miners play a pivotal role in Bitcoin and are imperative for its continued survival and success. Without miners, new blocks would not be added to the distributed ledger, which would render the ledger defunct.

Adding blocks to the ledger is made possible through a Proof of Work algorithm based on hashcash-SHA-256 that miners run. In short, miners are engaged in a race to generate a hash that is below the difficulty target set by the network at any given point in time. This process makes it so blocks are costly to produce - it takes time and energy - but easy to verify - hashes, once produced, are easily verified with simple math that confirms they were produced using the specific hash function leveraged by the Bitcoin network.

How is the difficulty target determined, you ask?

The difficulty target is set every 2,016 blocks depending on how much faster or slower blocks are being produced in relation to the 10-minute block production target. As you can see from the 2-year charts below, Bitcoin difficulty has experienced increases and decreases that track the expansion and contraction of hash rate dedicated to the network.

Okay, cool. What happens when a miner does find a hash below the difficulty target?

There are some important tidbits to take away from the above paragraph. Most importantly, to your Uncle Marty, is that it is important to distinguish between the "block reward" and the "block subsidy" as many people have become comfortable with using them interchangeably. Again, the block reward is the combination of the block subsidy and the fees attached to the transactions within the block. The fees are variable depending on the demand for transacting at any given point in time. The subsidy is hardcoded into the protocol. This is where "the halving" comes into play.

I hope this is helpful. I'll be adding a "Basics" page to TFTC.io so you freaks can send your family and friends our way to answer these types of questions.

A lot of slugs on my back porch this morning. Slugs are funny things.

As we approach Bitcoin's third block subsidy halving, it is incredible to take a step back, scan the horizon, and review all of the incredible things that have been built. 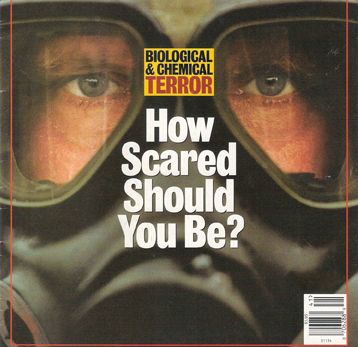