The number one, go-to example of hyperinflation outside of modern day examples like Zimbabwe and Venezuela is the hyperinflation experienced in the Weimar Republic during the early 1920s. While we are certainly not in the same exact spot the Weimar Republic found itself in when they debased their currency into irrelevance. We do find ourselves taking a play our of their playbook.

To refresh your memories, the Weimar Republic bet on themselves during World War I and decided to go off the gold standard to fund their war efforts. Their bet turned out to be a bad one as they ended up on the wrong side of victory and, as a result, did not have the resources they thought they would pay back the debts they accrued to themselves. The victors of World War I then demanded reparations from the Republic in the form of gold or foreign currencies, which exacerbated their debasement problem. Debasement was sent into overdrive when the leaders of the Republic told the populace to strike against the French occupiers who showed up to make sure they received their reparations and promised to compensate workers by printing more money.

Fast forward about 100 years and America (and many other countries) finds itself in a very similar situation. We don't owe reparations for a lost war. However, we do need to pay back the interest and principal on the massive amount of debt we've accrued over the last five decades since we "temporarily" suspended what was left of the gold standard. This is currently being exacerbated by the forced shut down of a large part of our economy due to COVID19. The response to workers being forced to stay home from work, which has made it impossible to collect a paycheck, is... to print money and dump it in the bank accounts of individuals and businesses who are unable to perform their jobs as we wait for the virus to blow over.

The situations aren't identical, but it isn't hard to see how we may be making the same mistake today that the Weimar Republic made in 1923. Hopefully I am wrong and this is not the case, but it isn't hard to see how this may be the case. If individuals are getting dollars helicopter dropped into their bank accounts and then going out and competing for a scarce amount of necessities in the market without those goods being replenished due to the shutdown, it's hard not to imagine that prices will rise. Especially when one considers that this process started well over a decade ago.

I fear the combination of the Fed's balance sheet expanding at a pace never seen before in this country and helicopter money getting dropped to the plebs is not going to end well for anyone.

I could be wrong. I hope I'm wrong. But ignoring the historical precedents that have been set seems like a bad idea. Now is a good time to educate your loved ones about Bitcoin and the concept of Sound Money.

"THE FED IS JUST BOLSTERING BANK RESERVES BY BUYING TREASURIES AND OTHER ASSETS FROM THEM! IT'S A NET NEUTRAL TRANSACTION! IT'S NOT REALLY MONEY PRINTING!"

Get married. Start a family. 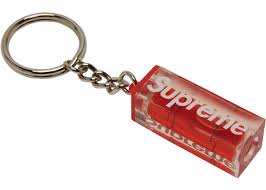 Here's something from the bitcoin-dev mailing list that caught my eye the other day, the implementation of a private key keychain on a Coldcard wallet.

The natural recalibration built into the system to ensure its smooth operation will be seen as one of the most prolific inventions of the 21st century.