Your Uncle Marty was beginning to think that all of this virus and economic collapse hysteria was putting a damper on productive development on top on Bitcoin. Luckily for ya boy, Lightning Labs came out of nowhere yesterday and announced a draft specification for Lightning Service Authentication Tokens, or LSAT.

In the midst of all the chaos, it seems that a huge breakthrough has been made. Or at least a spec of something that could prove to be a huge breakthrough in the future. When the Internet was originally designed, specifically HTTP, the architects envisioned that there would be a native payments layer built into the system. However, at the time, there was not a suitable digital cash system in existence that made this easy. Thus, the HTTP 402, or "Payment Required" status code has practically never been used.

Now that Bitcoin exists and the Lightning Network is getting built out at an incredible pace, this status code may finally be of some use. The robustness, extensibility and speed of the Lightning Network provides an opportunity to plug sats into the Internet protocol stack. It may not seem like it right now, but THIS IS MASSIVE. LSAT turns very manual processes into automatic API calls made by wallets, mobile apps, browsers, and extensions. If brought to fruition and widely adopted, this will provide an incredible amount of utility for developers and users alike.

We will be closely following the development of LSAT as it moves from a spec to a proper, well-vetted implementation. If you are willing and able to lend a hand in review, definitely do so. This is a paradigm shifting technology.

The Fed is broken

If there were any lingering questions in your brain about whether or not any semblance of Capitalism was still around or that the Federal Reserve had even a weak grasp of control over the monetary Frankenstein it has created over the course of the last 113 years, let Uncle Marty be the one to feed you the hard truths. Neither has been true for quite some time and if the latest moves by the Fed don't convince you of this, may God have mercy on your soul.

The Fed is now resorting to supporting foreign central banks with Dollar liquidity by swapping reserves with them. They have completely lost the plot. As is evidenced by the insane growth of their balance sheet in recent weeks. ~$1.5T has been injected into the system since the end of last year. However, these are rookie numbers. The extent of this balance sheet expansion is going to be nausea inducing.

The system is completely broken. As I said yesterday, now is a great time to start educating your family and friends about the biggest problem in the world today; a central banking system that has lost control and is drowning the Common Man. Help your fellow Common Man. Teach them about Bitcoin and their ability to find safety in sats.

My quarantine beard is getting unruly. I think it may be developing consciousness. 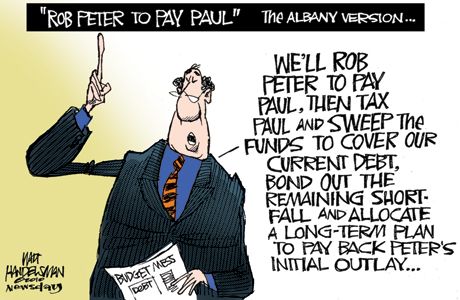 "Show me the incentive and I'll show you the outcome." - Charlie Munger

There has never been a better time to educate the Common Man about the cause of his struggle and how Bitcoin allows him to take back control.