What a time to be alive, freaks. Less than a month ago stock markets were sitting at all time highs, the President was Twitter bragging about the INCREDIBLE state of our economy and the halving was fully priced in. Fast forward to today and we find global markets in complete disarray as a virus sweeps the world.

In less than 30-days everything has gone from perfectly rosy (if you were able to ignore the emergency repo operations the Fed was conducting) to completely broken. So broken that the Fed came out this morning and announced its intention to bail out corporations by purchasing some of their debt. If I read their announcement correctly, they have the ability to buy the maximum amount debt that a company had on its balance sheet in the last 12-months. This means the Fed now has the ability (when officially approved by the Treasury) to bail out corporations who are overburdened with debt and unprepared for the economic halt being caused by the response to COVID19. The same companies who took out low-interest loans to the tune of TRILLIONS so they could buy back their stock to manipulate earnings per share, driving said stock prices higher so they could then cash out. Years of bad financial planning and overt financial engineering are being rewarded by the Fed and its cronies for "the sake of the US economy".

This was all very predictable though. We're an economy on the bike and the Fed needs to keep the charade going for as long as possible. They must do "whatever it takes" to keep our paper mâché economy "in tact" for as long as possible. As I said yesterday, one of the few tools they have left is expanding their balance sheet and add to the list of assets they can purchase. Today, they decided to add corporate debt to that list. Another bullet expended.

Just as that news was hitting the markets, Donald Trump, Steve Munchin Butts, and company spun up a presser to announce their intention to drop helicopter money on the citizens of the US in response to the economic slowdown. Highlighting just how fragile individual balance sheets are around the country. Don't forget, your Average Joe, the common man in the USA, cannot afford a $400 emergency expense. The helicopter money certainly helps them more than the Fed's purchase of corporate debt, but it will not fix the systemic problems that exist throughout our economy and financial system.

We need to fix the money. That is why we Bitcoin.

To get a better understanding of the systemic problems that exist in our system, I highly recommend you peep the podcast I dropped today with Charles Marohn, the author of Strong Towns.

Here's a picture of a younger Uncle Marty from a St. Patrick's Day many moons ago to brighten your day during these trying times. Oh to be this young and oblivious again.

Irish potatoes, never again. Not even once.

As the world goes to shit, an alternative that is completely bereft of the debt handcuffs linked to the traditional financial system waits in the brush. 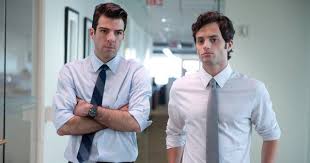 What else can they do at this point?