Only twelve days after the last emergency rate cut of 50bps, the Federal Reserve came out last night and made yet another emergency cut two days before the FOMC is set to meet. This time around, they cut their target by 100bps to between 0.00% and 0.25% and announced a new round of QE. Promising to buy $700B worth of bonds and securities in an attempt to provide liquidity to the markets.

Jerome Powell and company couldn't even wait two days before resorting to ZIRP and a revamping of QE, which signals to me that things are very very dire. Two emergency cuts between FOMC meetings is not a good sign. Especially when those cuts have coincided with a substantial increase in the amount of money the Fed has been willing to offer in overnight repo markets.

The bullish fervor that markets experienced Friday afternoon seem like a distant memory at this point as individuals were starkly reminded of the reality of the global economy grinding to a halt over the weekend as Madrid, Paris and many cities throughout the US announced they would be forcing all non-essential crisis time businesses to shut down for the foreseeable future.

Despite the drastic, abrupt move from the Federal Reserve last night, stock markets in the US opened limit down. Halting trading only a minute after the markets opened. Markets reopened at 9:46AM EDT and are currently trading around where they triggered the circuit breakers (-7.5% to -8.0%). I wouldn't be surprised if the circuit breakers are triggered again at some point throughout the day. Especially if the US government doesn't quell the markets with the fiscal stimulus everyone and their mother is clamoring for.

We find ourselves in a very precarious situation. The inability of the Federal Government to provide the markets with the fiscal stimulus needed to instill some sense of confidence in the markets has forced the Federal Reserve to blow through a lot of its monetary policy ammo. What the hell are they going to announce after they meet tomorrow? Will the fed governors move to make more moves after all of the emergency moves they've made over the last 15-days? What else can they do at this point?

The one thing I can think of is that they will move to expand the amount of total asset purchases they make beyond $700B while adding to the list of assets they will buy. Though, this action will probably prove as ineffective as the previous moves they've made. The market consensus seems to be that the onus is on the government to solve this problem with some sort of stimulus. Whether it be the cutting of taxes, the dropping of money into people's bank accounts, or a combination of both; this seems to be the only thing that the markets believe can save them at this point.

I'm not so convinced. As we said a week ago, this virus is highlighting the systemic fragility of our economy. It demands constant growth at all costs and the reality of our situation at the moment is that we need to shut everything down for an extended period of time. This will inevitably destroy credit markets and a number of industries that depend on people moving around and consuming.

We are in uncharted territory and I fear neither the Fed or the government can save us this time around. We may be in the midst of the "great reset" some have been talking about for years.

If you want to take your mind off the market turmoil and focus on some quality bitcoin-related content, Jameson Lopp dropped a great post over the weekend that attempts to dissect and measure the quality control of Bitcoin Core, the most popular implementation of Bitcoin.

Long story short, Bitcoin code is mission critical and it is very hard to get things merged into Bitcoin Core. This is a good thing.

Never forget, the sun will continue to rise every day. Life will go on.

Years of bad financial planning and overt financial engineering are being rewarded by the Fed and its cronies for "the sake of the US economy". 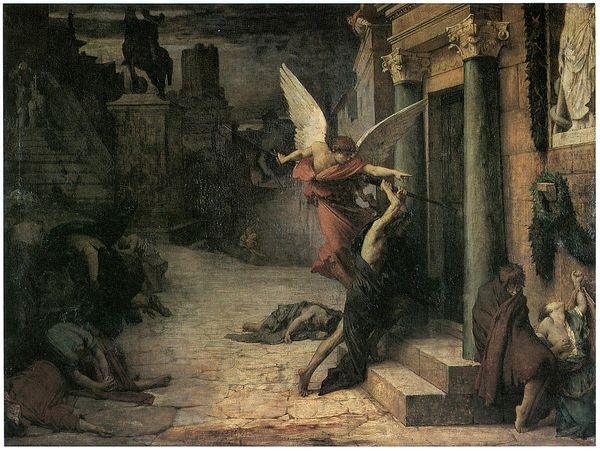