Woah. Just when you think the "mining death spiral" narrative has been debunked enough times, the brainlets come out of the woodwork and start beating their drums again. This is a subject we've touched on in this rag a few times. With the first mention coming in November 2018.

In short, some people out there believe that the price of bitcoin "needs to double" before the next block subsidy halving (from 12.5BTC per block to 6.25BTC per block), or else miners will shut down their operations en masse. Inciting a crash in hash rate that leads to an increase in block times that leads to a crash in price as people lose confidence in Bitcoin's ability to function properly. There are a number of problems with this logic.

Most glaringly obvious of which is the fact that the individuals who trot out this FUD are making the illogical move of picking price on an arbitrary day and exclaiming that it needs to double from there. From there, the analysts who believe this seem to gloss over the value of the block reward at the time of previous halvings. For instance, when the block reward was cut from 25BTC to 12.5BTC the price of bitcoin was around $650, providing miners with a subsidy of $16,250. After the last halving, the price even fell by 15% throughout the month following the halving event while hashrate plateaued (I covered price and hashrate reactions to past halving events in early February if you want more in-depth analysis.) At today's price, the subsidy is worth ~$96,000. A significant increase since July 2016. If the price remains stagnant from now until the halving, the reward will be ~$48,000. Still ~3 times larger than the subsidy at the time of the last halving.

"But Uncle Marty, that doesn't matter! The cost of producing a bitcoin via mining has increased significantly since the last halving!"

Calm down, freak. This may be true... for some miners. But, there is simply no way to know the cost of production for every operation. To make the assumption that every miner's production cost is the same is asinine. On top of this, the efficiency and lifecycle of the hardware has increased significantly across mining epochs. The ability to recoup initial investments in this hardware and then mine past that point has become much easier with these efficiency gains.

Also, miners are in a hyper-competitive race to find the cheapest energy on the planet. You can bet your ass that smart operations have been driving their energy costs down since the last halving, which has driven their production cost down. Most likely significantly below the current price of bitcoin.

None of this takes into account how professional these operations have become. Large-scale operations with more well thought out business plans and brilliant execution. Furthermore, there are futures products in place that allow these operations to hedge any short to medium-term price risk.

I'm not even going to dive into the difficulty adjustment. This rag is really late already.

When combined, these factors make the "death spiral" FUD laughable.

Be wary of those pushing these idiotic narratives. They usually have ulterior motives and heavy altcoin bags. 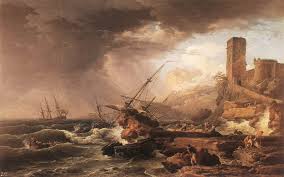 Fix the money and you fix the world.

My long-term bet is on the system exhibiting deep safety.