Free yourself from the tyranny of false framing.

Break loose from a dying system that steals your time with theater. Theater marketed as genuine civil discourse. Theater that exists to provide false hope and even more false promises.

This week should be a wake up call for anyone who is still stuck in this way of thinking. It has not worked for quite some time and we're not going to fix it from the inside at this point. If you haven't noticed, we currently have a man with dementia and another who thinks you can cure the COVID-19 virus with a flu vaccine vying for "the most important position in the world".

In the midst of the confusion caused by the false framing provided by the left v. right paradigm, we've allowed the levers of control to become extremely centralized. To the point where we can't even function as a society without looking up at our masters with hands extended asking for answers. A state of pathetic helplessness induced by decades of complacency. Decades of getting (literally) fat and resting on our laurels as we allow the decision makers to run rampant over our civil liberties and individual autonomy. Decades of blaming "the other" instead of taking personal responsibility for our own actions. Allowing both sides to collude in centralizing all of the power within a small group of elites who really dictate how things work.

There's a virus spreading across the world and the individuals throughout our medical profession are forced to stand idly by as they ask for permission from a centralized health ministry to test individuals. Afraid to act themselves. Waiting for the go ahead from a bunch of kleptocrats. THIS IS FUCKING INSANE. This system is broken at its core and this is becoming more obvious than ever.

And it's because, again, we've become complacent and allocated decision making to a select few. Pointing at the red or blue man on the TV and saying, "He'll fix this!" Then coming up with excuses when we get more of the same. Fucking pathetic. We should be ashamed of ourselves. The world is filled with WEAK men. A bunch of little bitches running around blaming everyone else.

We desperately need to rewire our brains and reframe our mindset. Top down decisions from a reality TV star or his senile counterpart aren't going to save us. Jerry Powell and his cadre of academics aren't going to be able to cut and print their way out of this. We have to start building new systems. Anti-fragile, decentralized systems that don't allow for systemic complacency.

This is why I Bitcoin. Start with the money and move from there. But please, for the love of God, fucking move. Act. Stop pointing fingers.

Time for a cold shower. 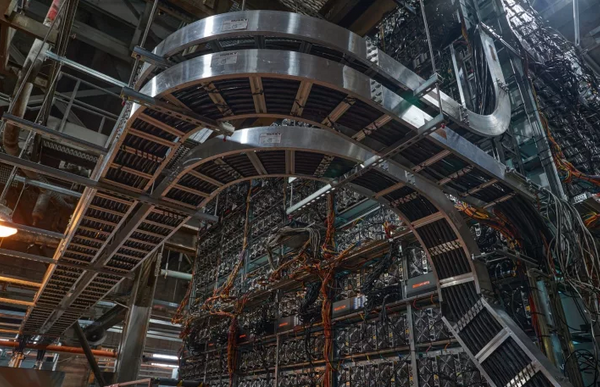 Do you hear that? Can you feel the buzzing?