In an effort to keep the guise of a healthy economy in tact in the aftermath of the 2008 financial crisis, the Fed has had to expand its balance sheet by orders of magnitude. Taking out long-term debt in hopes that they can stoke "production" today. This has been an incredible development for stock markets which have reaped the most benefit from this policy as the institutions closest to the monetary spigot controlled by the Fed have been able to get access to an insane amount of cheap money. They have subsequently taken this cheap money and stuffed it into stocks as yields on lending and other yield seeking investments have plummeted in relation to the stock market and real estate, two asset classes that are driven more by pure money flows than actual fundamentals these days as people seek better stores of value than purposefully inflated cash.

As Charles Hugh Smith points out in a blogpost he published over the weekend (shoutout to @WhiteRabbitBTC for bringing it to my attention), stock prices - predominately dictated by Fed policy and not the underlying fundamentals of the companies making up the stock markets - have been moving in fractals that are reaching unsustainable and patently absurd levels. This madness is being driven by a weak collateral base too, which is becoming dominated by debt, or the promise of future production:

This is a recipe for a disaster that will make the 2008 financial crisis blush. The Fed's attempt to micromanage complex systems, the monetary system and by extension the economy, has led to a depreciation of the collateral base of our economy the likes of which we have never seen. The financial system is standing on promises of future production that cannot be guaranteed and almost certainly will never be realized. In fact, they aren't even being realized today as evidenced by the income statements of some of the most popular stocks on the market. Especially when one takes the current tectonic demographic shift this country and its workforce is about to experience. Hold on to your butts and strap on your helmets, freaks. Things are about to get... interesting.

"But Uncle Marty, it's never a good idea to 'fight the Fed'! You'd be insane to sell stocks while the Fed is still printing!"

You'll hear this trope rolled out by TV men, financial analysts, and fund managers who benefit greatly from the Fed's continued insanity. Don't eat their bullshit. Just look at the statement. Fundamentals don't exist any more. Only Fed policy does. Your Uncle Marty doesn't know exactly when this will come crashing down, but he is confident enough to guarantee that it will end terribly and those who continually roll out the trope above will play dumb and pretend like they couldn't have seen it coming.

In a world in which the collateral base is made up of paper mâché promises of future production, hard assets will be very beneficial to hold on one's balance sheet. Hard assets like Bitcoin, which is the hardest, most verifiable form of collateral the world has ever seen. Most of the world doesn't understand this right now, but this will be come increasingly obvious as time goes on and the Bitcoin Network continues to produce blocks.

Bluegrass cover of the morning. 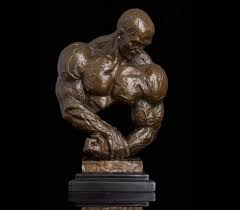 Bitcoin is the hardest, most verifiable asset that has ever existed. The ability to cryptographically prove that the collateral you are holding for a loan is actually there and has not rehypothecated is pretty massive. 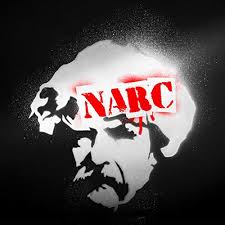 Those who build companies to de-anonymize bitcoiners to appease a corrupt, overarching and dying system should be publicly shamed.