They're scared. The emergence of Bitcoin has thrown a wrench in the machine and the architects of our modern day panopticon are beginning to take notice and, more importantly, take action. It seems that the Trump Administration is about to attempt to throw some cold water on this hot new technology that is an affront to the State's ability to control the most important tool in the world.

The ability to print and control the flow of money is very important to keeping the charade alive. If people begin choosing a peer-to-peer distributed sound digital currency that cannot be controlled by the authoritarians who run the world, the power of those in control of the monetary levers at the moment wanes. That is not good for business.

As we've said many times in this rag, we find ourselves at a critical junction in human history. We either continue down the path of authoritarianism; barreling into a prison constructed via surveillance technology and State coercion. Or we do the hard work and build systems completely separated from this prison so that we can break free from the tyranny. It won't be easy and the road will be bumpy, but it will sure be worth it.

With that said, it is also imperative that we are upfront about Bitcoin's current limitations and the way people interact with it has flaws that must be fixed. I imagine Steve Munchinbutts' new orders (that won't be voted on) will target the exchanges that people purchase their bitcoin on (even the one that we advertise on TFTC and in the email newsletter). People should be aware of this and act accordingly. This is why the phrase "not your keys, not your bitcoin" is repeated ad nauseam. These exchanges can be severely crippled by Draconian laws at any moment. It is best to have your bitcoin in your own possession before this happens. Though, make sure you practice and know what you're doing before moving a significant amount of sats into personal storage. The sooner you start practicing, the better.

On top of this, it is becoming more and more apparent that Bitcoin's privacy assurances need to continue improving. We risk the chance of erecting our own panopticon if we don't keep this priority on the top of our minds. I am confident this will get better moving forward, especially as the Bitcoin economy becomes more of a closed loop over time and people begin connecting with the traditional financial system from the Bitcoin economy less and less.

This fight for Liberty and the changes needed to protect it will take time and courage. If you feel this fight is as important as your Uncle Marty does, speak up. Collective courage grows as others realize they are not alone. 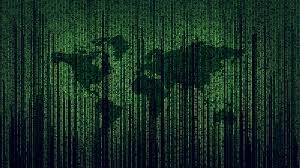 We are about to see a wave of retirement the likes of which this country has never experienced combined with a massive slowdown in population growth and an ever increasing national debt.