Another day has passed and the yoke of tyranny has gotten a bit heavier for the common man. It seems that more and more exchanges are beginning to flag customers who attempt to preserve their financial privacy when they CoinJoin their bitcoin after moving it off exchange. Even after sending the bitcoin to a personal wallet first. A very sad state of affairs we find ourselves in.

The State, the global central banking cabal and their lapdogs want to CONTROL you and your money. They want to track your spending and prohibit your ability to move funds when you do something they deem unpalatable. Unfortunately for us, we've gotten to the point where the inalienable right to financial privacy is something the world's "authorities" deem unpalatable.

Who are these "authorities", you ask?

They are Orwellian alphabet soup agencies like FATF, the Financial Action Task Force, which consist of wholly unelected officials that are put in place to make sure you don't step out of line. Using the guise of protection from terrorists, drug dealers, money launderers and sex traffickers as justifications for their practices. When in reality, the biggest perpetrators of terrorism, sex trafficking, money laundering and drug smuggling tend to be people very highly connected to the State and the global banking cabal.

At the end of the day, the alphabet soup agencies like FATF aren't in place to protect you. They are in place to ensure the status quo is maintained and to whip you into place when you attempt to take agency over your own life. They want you dependent on the system. Forced to act in the ways they want you to. It is time for people to stand the fuck up against this overt hypocrisy that persists throughout our society. The plebs are getting doused in the piss of the connected power elite who, again, want to CONTROL you.

Complacency kills, and I fear we may be at our most complacent as a society. Most people seem more focused on clout chasing and hedonism than actually caring about human Liberty in the Digital Age. Few notice, but we are being cattle herded into a digital panopticon that may be impossible to escape if we do not act soon.

Bitcoin's permission-less nature certainly helps with this a bit, but as we can see from this particular instance, Bitcoin's privacy assurances are extremely subpar at the moment. We need to make it so the type of flagging our friend Ronald McHodled has been subjected to is impossible. Right now, the way Bitcoin works, this flagging is extremely easy.

We're up against a VERY powerful system that will not want to cede any power. We need to act. Action starts with awareness. Once aware, we need individuals to show a bit of courage and speak up. Too many people are scared to speak up and self censor because they don't want any undue attention. Time to sack up, freaks. Bad times call for strong men and it seems like the world is filled with a bunch of pansies who are content with being treated as subjects.

The dreams have been intense lately. 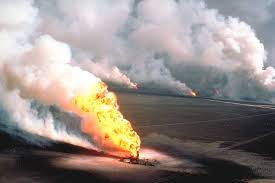 Bitcoin is that apolitical alternative. 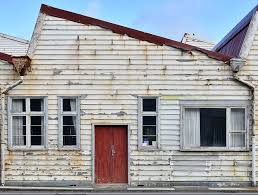 The Fed and its counterparts around the world are working as hard as they can to push people to the brink as they fuck up the money.