It's never a bad day to get back to basics and take the memory for a nice jog by going over how price is the carrot on the stick that dictates hashrate. Our friend Dan McArdle has been so kind to provide us with a very succinct explanation as to why hashrate increases seem to lag steep price increases while hashrate decreases are very reflexive to steep price declines.

Why do individuals decide to put in the effort to acquire hardware to mine bitcoin? Some want to acquire bitcoin without interacting with a 3rd party, others want to help make sure the network is sufficiently distributed, but I think it's safe to say most are in it to profit in some way. And what motivates that drive for profit? Seeing people brag about how much money they've made from bitcoin's price appreciation. Especially during bull runs.

An endeavoring miner sees the price appreciation, decides he wants some of those sweet gainz, and embarks on a journey to acquire hardware and energy to fulfill his desires. This is a very important variable to consider; the amount of time that passes between the decision to mine and actually plugging the hardware in. As we all know, bitcoin's price is, historically, extremely volatile. It's been known to ascend to obscene levels and fall back to Earth in a very short period of time relative to other markets that humans are accustomed to trading. This creates the makings of a lagging indicator to the upside.

As you can see from the difficulty chart above (blue line), hashrate continues to rise after massive price declines, signaling that miners are still plugging in machines. These machines were likely acquired after individuals made the decision to mine bitcoin, which was likely at a lower price point on the other side of the price peak.

After the price falls below a certain point, difficulty reacts reflexively to the downside as miners turn off their machines to avoid mining unprofitability. Profitability levels are dictated by the combined costs of acquiring the hardware and the energy needed to run it. Energy costs being highly variable.

The time spent between the decision to mine and plugging the miners in, especially for a first-time operation, can be lengthy. After a long journey of acquiring hardware and energy, you can bet your ass these individuals are going to plug that hardware in as long as they are profitable. Even if the price has just fallen 50%. At the end of the day, sanity seems to reign supreme and we witness operations flip the switch off as soon as they deem it would hinder their future business operations. The flipping of the switch, as Dan points out, takes the blink of an eye.

This is why fever dreams of "mining death spirals" always emerge mid way through bear markets after difficulty falls considerably. The downside reflexivity scares the shit out of people and leads them to not think critically. Making the mistake of discounting other miners still on their journey to acquire hardware and energy who will be looking to plug their machines in.

Expanding on that thought, Uncle Marty can't think of a good reason one would take a short difficulty position outside of a hedge against a big investment in a particular batch of miners. You never know where every individual mining operation is on their journey.

My wife is no help with final thoughts. 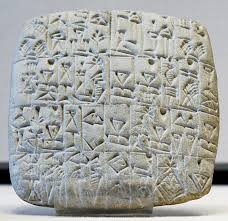 After reading the above blurb, I was half expecting Ashton Kutcher to knock on my door, ball tap me and scream "Punk'd!" in my face.