Another day passes and another tool emerges from the depths of the hive mind contributing to the Bitcoin project. Yesterday, Jamal James came out of nowhere to let everyone know he put the team on his back and built Polar, a desktop application that will allow developers building on the Lightning Network to test out their ideas with much more speed and ease.

This may not seem like that big of a deal, but it's a sign of the maturation you'd want to see from an open source project like the Lightning Network. Developers are so interested in building on top of Bitcoin that they hard at work building tools to help augment their peers' productivity at different parts of the development process. Better tools that allow devs to test out ideas and iterate faster and with more certainty should lead to higher quality applications and more of them.

Polar isn't some end all, be all application that makes the Lightning Network a fully fleshed out layer ready for the mainstream. I doubt we'll ever be able to point to one product and say that. Incremental steps like the creation of better testing tools act as individual snowflakes falling on a mountain top. At some point, the culmination of enough of these snowflakes can lead to an avalanche of utility that end users cannot resist. Slowly, but surely.

And that was your cheesy cliché analogy of the week.

Sometimes you just gotta do it to em. 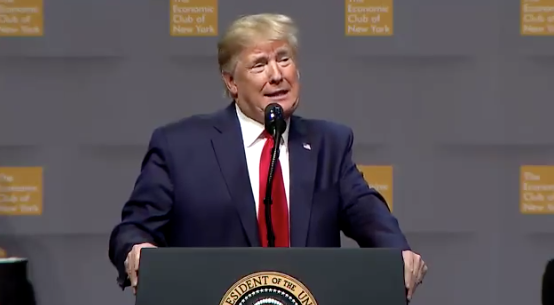 It's almost as if 2012 Trump has been sitting on President Trump's shoulder saying, "F*** it, man. Just send it. End this experiment as quickly as possible."

Is Hut 8 proving the haters wrong? Or are they an anomaly that cannot be replicated?