The excerpt above comes from an article published in Sunday morning's edition of The Wall Street Journal that explains why Boeing probably won't be prosecuted for negligence in regards to the failure of the 737 Max to meet proper safety standards. The article highlights many things that are wrong with our current system as it stands today. In particular, it highlights the two tiered nature of our justice system and the proliferation of a too big to fail club from the banking sector to the military industrial complex.

Due to Boeing's negligence and refusal to heed internal warnings that safety standards weren't being met, 346 people experienced tragic, unnecessary deaths. When you look at the highlighted line in the snippet above, you'll find the terrible incentives that underly the cause of this problem and the reason why justice will not be served.

"And there is a larger economic and political component:..."

The forces of a debt based economic system and the melding of the State with Corporations via military contracts, subsidies and the systemic nature of our financial system have created some perverse incentives. Since Boeing is a publicly traded company that also doubles as one of the largest US military contractors it is chasing two carrots on two different sticks. The need to please stakeholders and board members with good financial statements so that their EPS can be as profitable as possible and the need to satiate the government's never ending demand for toys that blow up people they don't like. A daunting task for any company, let alone one that builds the type of machinery that Boeing produces. Did Boeing overlook safety concerns to bolster their balance sheet? It seems as though that may be the case.

Despite this, it also seems that, if those quoted in this WSJ article know what they're talking about, Boeing is going to escape any harsh punishment due to their importance in the military-industrial complex. Again, they are simply too big to fail. I'm not here to decide whether or not they're bailout is righteous and best for everyone. I'm here to point out that it isn't really surprising that trust in government is at all time lows. Do as they say, not as they do. You can get away with negligence, murder, and financial plunder as longs as you are well connected and considered integral to the State.

I need to not lay in bed for an hour after getting up. 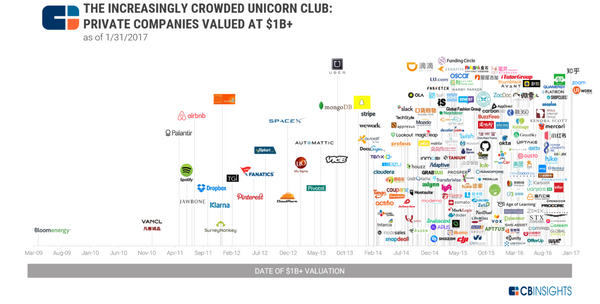 The paradigm shift has been here for more than a decade. Most people just don't realize it yet.

After seeing the WHATSAPP demo, it's not hard to envision people building apps and user interfaces on top of these primitives that allow users to send payable invoices with messages attached in a P2P fashion