Here's something I'd begin to pay closer attention to freaks; the developing posturing from both sides of the political aisle here in the States that this year's election may not happen as scheduled or at all. This is a trend I have been noticing recently and was actually the topic of conversation towards the end of my podcast with Whitney Webb that dropped last week.

The excuses for why it may need to be delayed cover a broad range. Everything from the act of going to the voting booth being too dangerous because of coronavirus, to mail-in voting being gamed and undependable, to foreign governments meddling with the election has been thrown out by some politician or pundit this Summer. Nancy Pelosi has openly discussed exercising continuity of government mandates shall the results of the election not be conclusive by January 21st, 2021 (which would, interestingly enough, make her the temporary president). And defense contractors acting as fronts for foreign intelligence agencies are running simulations of terrorist attacks and electrical grid disruptions during the election.

Your Uncle Marty may just be channeling his inner Alex Jones, but all of these factors combined seems a bit... odd. Considering the year that has been, nothing would surprise me at this point. Even though I believe elections and attempts to change the world via the political process are nothing more than theater that serves to make the masses believe they have an actual voice when it comes to how the system works, I certainly hope my inclination turns out to be wrong. A delayed election is a perfect precursor to martial law, and if the government's willingness to deploy federal officers this Summer tells us anything, it's that the infrastructure is there to implement this.

It's times like these that it's nice to know that Bitcoin exists. If this were to happen, I believe the benefits of an uncontrollable apolitical monetary good completely separate of the incumbent system would be acutely highlighted.

I actually like jam packed Monday morning schedules. Gets the juices flowing.

Your Uncle Marty believes that those who told you Bitcoin isn't programmable money are in for a very rude awakening over the next ten years. 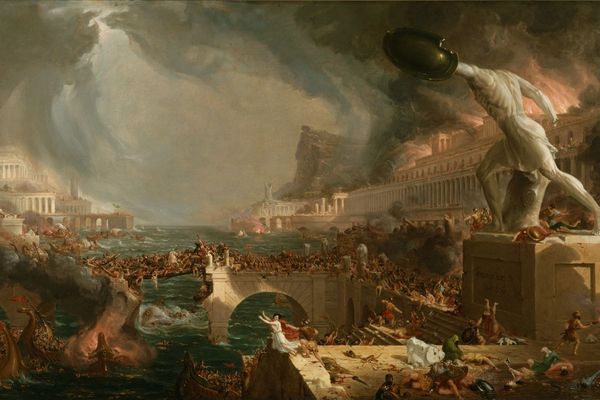