Above is a video demonstration of the first ever Tether transaction over the Lightning Network executed by Corey Phillips from Synonym.

For those of you who are unaware, Tether is a US Dollar stablecoin that lives outside of the incumbent financial system and is moved over cryptocurrency networks. Tether is centralized as it controlled by a company that keeps a reserve of USD and other assets (including bitcoin) that are reported to back each Tether one-to-one with a USD equivalent. The US government has been coming after Tether for years as they have successfully operated outside the traditional system while serving users around the world. All of this is to say that I would not recommend holding Tether unless it's absolutely necessary to make a transaction.

With that being said, there is no doubt that there is significant demand for Tether globally as individuals seek to avoid the short-term price volatility of bitcoin. Many people in emerging economies don't have the luxury of sitting back and stomaching the rollercoaster price movements in bitcoin and opt to store some of their holdings in stablecoins so they can hold without worry of not being able to purchase what they want when they go to spend. Many bitcoiners don't like this fact but it is a fact that should be acknowledged.

What's interesting about Synonym's implementation of Tether on Lightning is that it leverages the Omni Layer protocol, which is where Tether originally launched. As on-chain fees increased in the years after Tether launched on Omni Layer Tether usage migrated to other chains to take advantage of their relatively low fees and has since been playing a game of hot potato. Hopping from one chain to the next.

Is Synonym's implementation of Tether on Lightning something that will push Tether usage back to the bitcoin stack as the Lightning Network currently provides sufficiently low fees on top of the most secure ledger in the world? We shall see. In your Uncle Marty's opinion, it would be cool to see Tether (or general stablecoin usage) migrate back to bitcoin even if he does believe that the USD is failing miserably and stablecoins serve as nothing more than a transitional mechanism that provides a bit of volatility cover as we move from a fiat standard and a bitcoin standard.

At the very least, Synonym's efforts are pushing the boundaries of the design landscape on Lightning, which is very cool to see. As we said yesterday in regards to BIP47 being implemented in the Bitcoin Dev Kit, it will be interesting to see how the use of OP_Return, which Omni Layer leverages, will create natural scalability ceilings that make this use case a temporary blip in the life of bitcoin.

Writing in a tee shirt in the cold is the way writing was meant to be done. 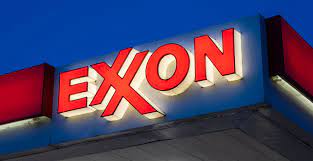 Expect more of this.

It will be interesting to see how many wallets begin implementing BIP47 once support is officially merged into the BDK.