Earlier this morning the US government released "official" year-on-year CPI data that came in at 7.5%, the biggest jump in 40-years. A pretty shocking headline. However, as you may be able to tell by the quotations surrounding the word official in the first sentence of this rag and my tweet from earlier this morning, that number is nothing more than a piece of propaganda meant to dupe the masses into believing that things aren't as bad as they really are. If you've been reading this rag for long enough you'll know that the CPI is an overly manipulated index that has been constantly gamed to make things seem much better than they actually are. If you actually track the cost of things that people depend on in their everyday lives, you'll find that reporting that consumer prices have risen by only 7.5% is flat out insulting.

If you have cooled or heated your home, filled your gas tank, bought a used car, bought beef or vegetables, stayed in a hotel, or sipped a cup of coffee over the course of the last year you may have noticed that prices have risen way more than 7.5%. The fact that the government has the gall to come out and try to convince you that the strain on your wallet isn't as bad as you know it to be is nothing short of insulting.

What's worse, the Federal Reserve and the Treasury are backed so far into the corner that they have practically no means to attempt to combat this rapid inflation due to the recklessness of their policy decisions over the last few decades. The only way they can attempt to quell this rise in inflation is by jacking the Fed Funds rate through the roof, and that is not a tenable option at the moment as any material rise would make it so the US government is completely unable to service the interest payments it owes on the $30 TRILLION+ debt bill it has racked up.

Your Uncle Marty isn't one to try to call tops or ends, but it's hard to believe that the US isn't nearing some sort of debt reckoning. With inflation running red hot and tensions remaining high in the midst of the ongoing response to COVID, it isn't hard to believe that the public could begin to lose faith in the ability of the government and the Federal Reserve to control the monetary system effectively.

It seems that the Fed believes this too because they have called an emergency meeting for next Monday, which will probably bring with it a modest rate hike of 0.5-1.0%. If that happens, the next question is how long does it last before the Fed has to revert course yet again due to markets that are sure to plummet on this move as they have become completely dependent on near-zero interest rates.

It feels like the end game may be upon us. It's hard to believe that a market crash induced by an emergency meeting rate hike will pair well with a completely COVID-lockdown exacerbated public. If the Fed hikes and markets go to shit I wouldn't be surprised if that creates an event horizon of public confidence in central banking and politics that is impossible for the powers that be to return from.

I have no idea how the price of bitcoin would react in this scenario, but I do know that I am extremely thankful that it exists as an alternative to this madness.

Put your helmets on, enjoy the Super Bowl, and prepare for a bumpy ride next week.

Took a 9pm nap to write this rag. Dedication. 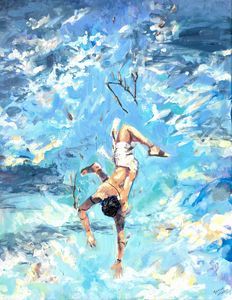 The hubris of man is one hell of a marvel to observe. 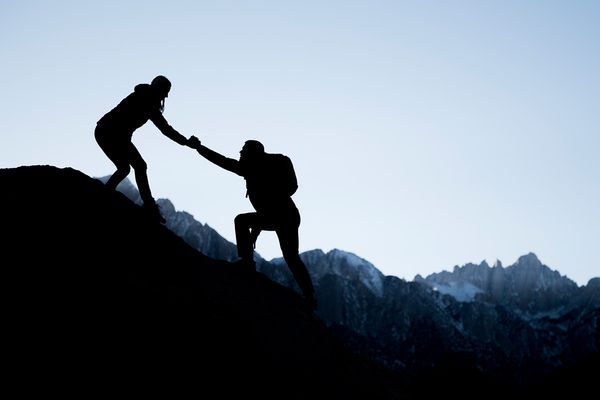