Here's a great piece from Grant Gilliam, someone I am proud to call a friend and business partner at Ten31. In it, Grant dives into the ways in which Bitcoin, an open source monetary system, can supercharge open source development projects in the space and vice versa.

Many underestimate the power of open source software and its ability to enable incredible things. For decades open source software projects have struggled to monetize. Many have done it successfully, but never without the need to get really creative or getting bought out by a big corporation that was leveraging the software. Due to the nature of the protocol's monetary applications Bitcoin is proving that there are new ways for open source projects to monetize, which highlights Bitcoin's utility, strengthens projects leveraging it, and puts a positive feedback loop in motion that leads to the Bitcoin protocol, companies, and critical infrastructure massively benefiting from each other.

A great example of this flywheel in motion is Podcasting 2.0, which leverages two open source protocols in RSS and Bitcoin, and enables entrepreneurs building open source products on the open source Podcasting 2.0 projects to easily monetize their products. Podcasters simply include their Lightning Network public address in the value block embedded in the RSS feed for their podcasts, their listeners are then able to stream them sats over the Lightning Network using their preferred Podcasting 2.0 application, and as they do that they are automatically able to send a small percentage of the sats they are streaming to that Podcasting 2.0 app to help that app monetize. Open source apps leveraging open source protocols to allow content creators and entrepreneurs to monetize in a self sovereign fashion. It's a beautiful thing.

There are many other examples of this type of beautiful feedback loop too. Unchained Capital offers a multisig service to people that allows them to engage in collaborative custody, loan products that give them visibility to their loan collateral without having full control of it over the course of their loan, and an IRA product that allows individuals to hold their own keys. Unchained, recognizing the value they've received from leveraging Bitcoin's open source protocol, has decided to give back to the protocol and its users by open sourcing its multisig solution via Caravan, which allows individuals to build these type of products for themselves if they want. They bank on many people forgoing that ability to engage with the expertise that Unchained has in this particular area.

Another example of the beautiful open source feedback loop described by Grant is Samourai Wallet, which provides open source privacy tools for bitcoiners. Samourai Wallet is open source, and they benefit from the open source nature of Bitcoin, yet they are also able to leverage their open source project and Bitcoin to provide revenue by offering coordination services for the CoinJoin tools they build.

One last example that I'll mention here is something we're building at TFTC that leverages Ghost, an open source content management, and the Bitcoin Protocol/ Lightning Network Protocol stack to enable sovereign monetization of content. Here's a demo of what we've built.

This functionality will enable us to monetize this newsletter (which will be transitioning away from MailChimp and to Ghost very soon) in a peer-to-peer self sovereign fashion via the Lightning Network. And who knows, maybe we'll be able to convince Ghost to spin up a Lightning node so that we can send them a small percentage of the revenue we bring in via this product to help them monetize the continued build out of their open source project.

Open source fueling open source. It's a beautiful thing. And it is only a matter of time before more and more people begin to realize this.

Life is exhilarating if you lean in.

Put your helmets on, enjoy the Super Bowl, and prepare for a bumpy ride next week. 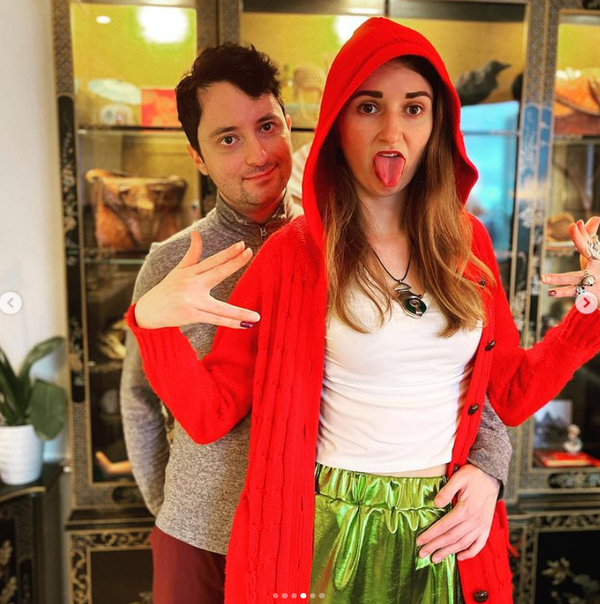 Your Uncle Marty was NOT expecting these two to be the masterminds behind one of the largest exchange hacks in Bitcoin's history.