Even though it is the season to be jolly, your Uncle Marty can't help but feel a bit dismayed at the state of the clown world as we approach the end of 2021. The mass psychosis that has taken over the world has people completely detached from reality. The fear mongering from those speaking through the boob tube has led many to completely abandon the concepts of critical thinking and logic. They simply lock their eyes on the people on TV wearing suits and speaking in certain tones and take their words at face value. Completely neglecting the fact that the people wearing these suits and speaking in certain tones have changed their tunes numerous times throughout the last two years while at the same time completely avoiding certain topics.

Some of the trends that stick out to me are; the gaslighting of the efficacy of the COVID-19 vaccines, the complete discarding of natural immunity in the context of vaccine passports, and the avoidance of recognition of the second order effects caused by the lockdowns - mainly, the surging drug overdose epidemic that is obliterating my generation.

Let me attempt to dissect these trends one-by-one from my perspective in what I hope to be viewed as a level-headed approach.

When the COVID-19 vaccines were originally being sold to the public by the likes of Bill Gates, Donald Trump, Joe Biden, Anthony Fauci, and other people wearing nice clothes and speaking in authority figure tones the public was led to believe that they would provide an iron clad layer of protection against the virus. COVID would not be able to penetrate the walls erected by the vaccine and people could walk about freely without fear of being infected. Rather quickly it became very clear that this was not the case, vaccinated individuals can contract the virus and spread it to others. Truly a bummer. But instead of owning up to the fact that they peddled false hopes to the public, those in the nice clothes with authoritative tones simply changed their tune and pretended that they had been singing that tune the entire time.

Here are some of the receipts (highly recommend you peep this):

The lack of accountability and introspection from this class of "expert" is a massive tell to me. Do they really care about tHe ScIeNcE? Do they care about public health at the end of the day? Or are they simply focused on being "the authority" on this particular subject? As the Omicron variant sweeps across the world and potentially renders every single shot that has been administered practically wholly ineffective at stopping individuals from contracting and transmitting the virus, it will be interesting to see how they pivot. Will more shots be necessary? If so, how many is enough? Will people begin to finally question the rising trend of getting shots every six months? Will we begin to acknowledge one of the elephants in the room, natural immunity?

Speaking of natural immunity. Why hasn't there been more research efforts put into understanding the efficacy of antibodies produced by natural immunity acquired by getting the virus and recovering from it? How come it is rarely discussed when "the experts" are talking about vaccine passports? According to the most thorough studies on natural immunity that have been conducted to date, those who have had the virus and subsequently recovered have ~27x better immunity protection than individuals who are fully vaccinated. (Another clip I highly recommend you freaks take the time to watch.)

At what point do we start to have honest, nuanced conversations around the vaccine? It is glaringly obvious that the virus is worse for people who are older and/or have co-morbidities. Maybe we should be focusing on how to properly protect them while respecting the rights and autonomy of individuals who don't fall into that high-risk bucket. Why isn't there more discussion about preventative care like getting in shape, getting vitamin d levels up, and encouraging people to get outside more or open their windows when they're indoors? In that same vein, why have early treatment methods that seem to work incredibly well been demonized by "the experts"? Is a jab in every arm every six months really the only answer?

These deaths are also commonly referred to as "deaths of desperation". People are so dejected by the reality of their every day lives that they are turning to opiates and literally killing themselves to escape the existential dread of our modernity. Even worse, the fentanyl deaths are an overt attack from the Chinese Communist Party and the Mexican drug cartels that no one seems to have the balls to confront. Why are "the experts" letting this happen. FENTANYL POISONING IS THE LEADING CAUSE OF DEATH OF PEOPLE IN THE PRIME OF THEIR LIVES. Yet we're being force fed two to ten minute clips of Bill Gates and Anthony Fauci gaslighting the world about COVID, the vaccines, and our "path back to normalcy".

The clown world is in hyperdrive right now and the above commentary only covers a few topics. There are plenty more to highlight, but your Uncle Marty has triggered himself while writing this and needs a beer.

What I hope for is that people begin to realize that all of the confusion being created by "the experts" of the clown world is used to divide the masses so they do not recognize that they are being swindled by that same "expert" class. I wish you all a healthy and happy Wednesday night. Love all y'all.

Missed working by a fireplace. 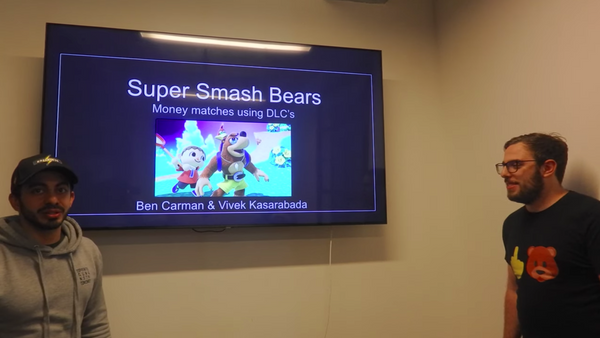 A wide range of applications and tools that could bring more utility, accessibility, and security to users using the Lightning Network.

Podcasting 2.0 sats splits to hosts + producers is the smart contracting killer app on Bitcoin at the moment. — Marty Bent (@MartyBent) December 20, 2021 It's also