This was a very pleasant surprise that hit the timeline at the end of a Friday pump day; Jack Dorsey announcing that Square plans to build an open source Bitcoin mining stack. An extremely tall mountain to climb, but a mountain that needs to be conquered.

Will Square conquer the mountain? Who knows. Regardless if they do or they don't, your Uncle Marty is appreciative of the initiative put forth by Jack and the Square team because it highlights a pressing need for the Bitcoin network; diversification away from centralized ASIC manufacturing and ASIC firmware. The Bitcoin network will much more robust when there are many more players in the market offering a number of different competing solutions. What better way to force that issue than signaling an arms race?

Even if Square doesn't succeed in bringing Jack's idea to market, this thread and the initiative that follows are producing a market signal that drives many others to begin thinking about how they can bring the world closer to Bitcoin ASIC commodification, which will enable many many many more individuals the ability to participate in bitcoin mining. Which will make the network significantly more resilient in the long run.

I've said it before, but I'll say it again; the most centralizing force in Bitcoin at the moment is the production of ASICs. At the moment, there are two big dogs in the race; MicroBT and Bitmain. Others like Canaan and Ebang exist, but don't seem poised to make a considerable dent in the market share of the two behemoths. Could an open-source ASIC project that gives hardware and firmware specs to the masses (the free market) wind up producing a better, more efficient and widely distributed mining machine? We shall see. Iacta alea est.

We truly live in an absolute clown world. 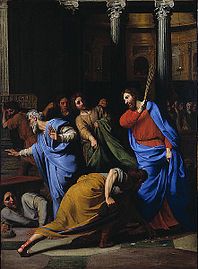 This is very bullish and as bitcoiners we should be leaning into this momentum.