Here is something to keep an eye on as calls for "climate action" and pressure to meet arbitrary "ESG standards" heat up; credit cards with a carbon limit. In 2019 Mastercard rolled out the "Doconomy card" in an effort to provide carbon impact conscious individuals with a credit card that would prevent them from spending money if they went over a predetermined "carbon limit" calculated by adding up the "carbon impact" of the goods purchased using the credit card over a specific period of time.

Well, it looks like Mastercard is beginning to position Doconomy as a proof of concept that could set a "global standard for carbon calculations" to be adopted by others. Here's a brief video of someone highlighting how this is a clear cut way to usher in a social credit system under the guise of environmentalism.

This is how the social credit scoring system will be Trojan Horse'd into society. At first it starts off as a way for individuals to signal their virtue. Then it turns into a standard that others can leverage to offer their customers. And eventually it ends up as a mandatory prerequisite for issuing credit cards or using a Central Bank Digital Cuck Buck wallet. Obviously, we are not at the full on implementation of this type of potential standard via a central bank digital cuck buck and it may never get there, but it is always important to recognize how these dystopian systems can arise from a social and technical standpoint.

The normalization of "carbon impact" is being rolled out slowly but surely at this current juncture. Here's a screenshot from a freak that was sent to me last week highlighting how Google Flights is beginning their normalization efforts.

This attack vector on civil liberties is only going to increase. I urge you freaks to resist the social pressure to give in to the pandering to individuals' respect for the environment by recognizing that this type of carbon shaming won't do anything to actually affect positive change for the environment and certainly not for humanity. Those who will control this social credit scoring system will in no way be subjected to the same standards it thrusts on the Common Man. And the forced transition to unreliable energy sources will make humans worse off. Particularly the poor.

Luckily we have Bitcoin which provides individuals with a monetary and payments network that - if its users work to make it sufficiently distributed and robust - cannot implement the type of dystopian standards that the Cantillionaires are currently attempting to force on the Common Man.

My wife needs to do her hair. 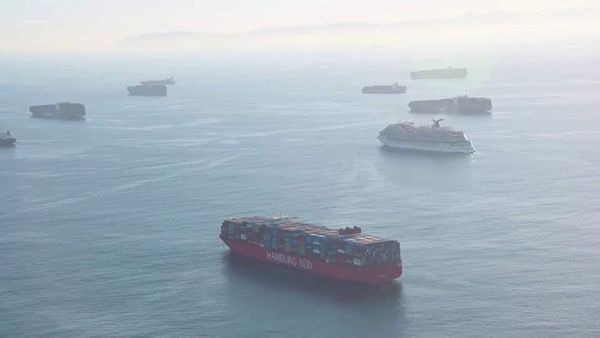 Something is terribly wrong and it feels as if we're slowly descending into a serious crisis caused by the attempted micromanagement of the global economy.

The world is witnessing another Lehman moment, but this time it is emanating from China and not New York City.