A few weeks ago we warned you freaks about the potential of a "canary in the coal mine" situation developing in China as one of the country's largest real estate developers, Evergrande, seemed to be at the "acceleration" phase of a massive devaluation of their credit which markets began pricing-in in May of this year. Well, we congregate in this dark corner of the Internet today to make you freaks aware (if you aren't already) that something has snapped. Evergrande is going under and it is dragging other large real estate developers in China down with it. The world is witnessing another Lehman moment, but this time it is emanating from China and not New York City.

As you can see from the chart above shared by Zerohedge, this contagion event in the Chinese real estate development market is beginning to call into question the value of Chinese sovereign debt as the price of 5-year credit default swaps skyrocketed this morning. Signaling to markets that investors are willing to pay high prices for default insurance as the likelihood of a contagion event in Chinese (and potentially global) credit markets seems inevitable at this point. Especially considering the fact that the CCP has come out and stated that they do not plan on backstopping the real estate developers who are currently plummeting toward bankruptcy. It will be interesting to see if they keep this posturing as things get worse.

If the below article from the WSJ is accurate in its description of the intentions of Xi's CCP to "roll back China's decades long evolution toward Western-style capitalism and put the country on a different path entirely" - a path more in line with Mao's Communist China - then this implosion of the Chinese real estate development market may be the perfect boogeyman to lean into as Xi attempts to force the Chinese economy in that direction.

"Look at what capitalism has wrought. We need to better align ourselves with Chairman Mao's philosophy now more than ever. The greedy capitalists have put us in a very precarious situation."

Anyone who has been paying attention to the Chinese real estate market over the last decade could have told you that it was a house of cards waiting to collapse. The existence of one ghost city, let alone dozens, is enough evidence to prove that there is a gaping dislocation between what the CCP and real estate developers were reporting from a growth perspective and reality. While there has been a ton of development activity over the last decade, it hasn't been followed up with demand from consumers. On top of this, as things begin to crumble it is becoming apparent that Evergrande - and others - were engaged in the issuance of exotic debt instruments that were used to keep the music playing as long as possible. Luring average Chinese citizens into their over indebted operations with the promises of large paybacks.

The situation is a very hairy one and it is developing very quickly. We will find out just how bad it is in the coming weeks and months. We will also find out how exposed the Western world is to China's economy via direct investments in these large real estate players, their debt instruments, and the debt issued by the CCP.

I can't tell you how this will affect Bitcoin in the short to medium-term, but I can tell you that I am extremely thankful that Bitcoin exists in this type of environment. The ability to hold an asset that is completely disconnected from a global financial system built on paper promises is a godsend. Not only that, but when we transition to a global Bitcoin Standard it will be much harder to put the global economy in such a precarious situation as it will be impossible to issue the amount of debt the world is currently drowning in.

As always, we will keep you freaks abreast of the situation as it develops.

Morning bike rides in early fall with a light ocean breeze are blissful. 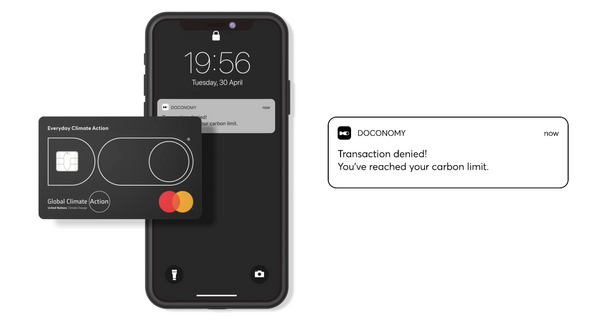 This attack vector on civil liberties is only going to increase.

I expect much more of this from other oil and gas players as we head into Q4 2021.