The team at Reason has put together another incredibly well produced video that attempts to humanize Bitcoin in a way that most mainstream outlets seem unwilling to do. Reason's Editor at Large Nick Gillespie sat down with Fodé Diop, a bitcoiner from Senegal working to ensure that bitcoin succeeds as a distributed peer-to-peer cash system available to anyone in the world who would like to access the network and leverage the utility it provides.

I highly recommend every one of you freaks reading today's rag takes the time to go watch the five minute video as Fodé's story - and the monetary story in Senegal broadly - is something you should hear. For those too lazy to watch, Senegal's currency is the West African Franc, which is controlled by the French government and central bank. The currency is a vestige of colonial times and a reminder of how convoluted money can be sometimes. A country of 16 million people has their currency controlled by a government and people who live 2,400 miles away. In 1994, succumbing to pressure from the International Monetary Fund, the French government unilaterally and artificially devalued the West African Franc over night without warning any of the Senegalese who would be severely affected by the manipulation of their currency. Millions of people woke up to discover that their hard earned savings had half the purchasing power it had before they went to bed the night prior.

Now, contrast this story with comments from the head of the European Central Bank, Christine Lagarde, who came out this morning and said that bitcoin and other "cryptos" are "FULL STOP" not currencies. Real rich coming from a career kleptocrat who has hopped from one parasitic banking position to another. Spending time as the French Finance Minister, during which she was convicted of negligence for allowing Nicolas Sarkozy to appropriate hundreds of millions of francs from French taxpayers to a personal friend of his. After that successful stint as a criminal banker, she hopped over to the IMF where she continued her working pillaging emerging market economies. Conducting business similar to the incident that led to the overnight devaluation of the West African Franc.

Now, as you sit there reading this with all of this information your Uncle Marty has one question for you; whose side are you on? Do you want to see individuals like Fodé realize their dreams to escape the vestiges of colonialism left behind by their centralized currency controlled by a foreign nation? Or do you want to see Christine Lagarde succeed in cattle herding the planet into a Central Bank Digital Currency hellscape so her and her cronies can continue to pillage and gain more control over individuals the world over?

I hope this isn't a hard question for you to answer.

The beard is no longer.

I expect much more of this from other oil and gas players as we head into Q4 2021. 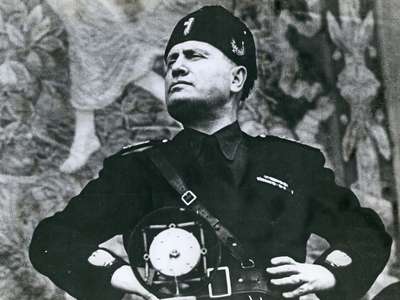 I know, I know, I know. Some of you may think Crazy Uncle Marty's anti-ESG schtick is getting a bit nauseating.