Here's something to keep your eyes on as we head into the Fall; China's real estate development market and whether or not it collapses under an avalanche of debt and defaults. As you can see above, the price of bonds issued by the largest developer in China - and thus the world - has been cratering since May. It seems that the combination of a debt fueled artificial expansion of real estate in China and a global economic slow down is beginning to materially affect the notoriously opaque development market in China.

Considering how interconnected the global economy is, it seems like it would be a good idea to pay attention to this particular chart as it seems like it could be the canary in the coal mine that is warning about a potential contagion event. Supply chains are already extremely strained in the wake of the forced shutdown of economies across the world in reaction to COVID. It is hard to imagine supply chains getting any worse at the moment, but if China suffers a real estate led economic downturn similar to what the US experienced in 2008, it could add a considerable amount of fuel to the fire and kick off a similar global financial crisis.

Talk about a kick swift to the dick while lying down. Hopefully this trend somehow reverses and the Chinese real estate behemoth is able to stabilize itself. With that being said, I would not hold my breath for this outcome. It's likely that the CCP/PBOC will step in to attempt to save the day with some good ole fashioned money printing. We all know this will only make the long-term systemic issues much worse.

The world is currently being bogged down by a chronic addiction to debt and money printing that is allowing zombie companies to survive, which enables the continued misallocation of capital. The more governments and central banks step in to save these inept companies, the worse things are going to be in the long run. At this juncture in history, the governments and central banks will always step in to attempt to prop these companies up because not doing so would lead to a systemic collapse that no politician or banker wants to be "responsible for". No one wants to be the last one holding the bag.

Bitcoin is an imperative in this environment. The ability to hold onto a monetary asset that is completely separated from the debt fueled fiat system is a godsend. Once the incumbent system is allowed to fail or simply fails because the weight of the debt becomes too much for any government or central bank to prop up, we will be able to rebuild better capitalized businesses and economies under a Bitcoin Standard. 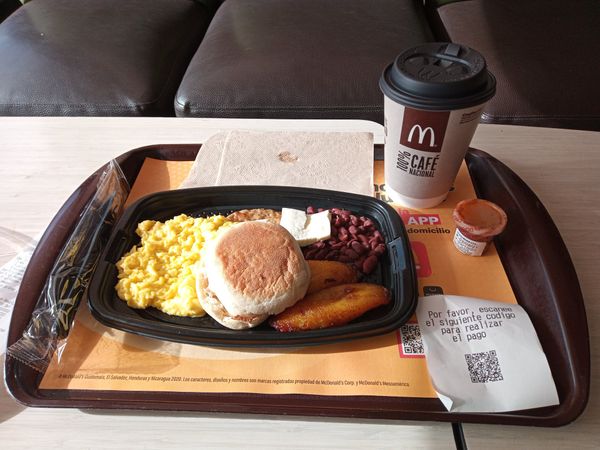 I don't think the magnitude of this open trolling of the IMF should be understated.

What really matters is the quality of Bitcoin's monetary policy and the public's confidence that the policy will be respected in the long-run.