The Empire has fallen. It probably fell years ago, maybe even a decade or two ago, but most don't understand this yet. These type of things are only recognized in retrospect by the public at large.

As it stands today, the US Government has no moral high ground from which to attempt to police the rest of the world. How could they dare to attempt to lecture others? The Federal Government in the US doesn't even strive to live up to the ideals this country was founded on. It has demonized free speech by verbally tar and feathering anyone who goes against the approved narrative and labeling them "misinformation super spreaders". It has proven to be woefully incompetent as a military power that is able to strategize and execute. And it has sold out the American people to special interests who completely control the legislative process at this point. Nothing made this more clear than the Infrastructure Bill that was written by a bunch of lobbyists and the utterly disastrous end to a 20-year war during which the Department of Defense doled out over a TRILLION dollars of taxpayer money to War Machine contractors who made out like bandits while accomplishing absolutely nothing.

Freaks, the time to walk away from this burning empire, ignore the Federal Government, and start building new systems that respect the ideals this country was founded on is right fucking now. There is absolutely no chance at saving the pile of burning rubble. Any time spent giving this system a chance to fix itself from within is nothing more than false hope and wasted time. We have a lot of work to do. The kleptocratic class has fucked up the world to an astonishing extent. Individuals around the world need to take it upon themselves to begin building parallel systems that the masses can opt-in to without getting on their knees and begging the government for permission. Your vote doesn't matter. They don't give a fuck about you. The Federal Government doesn't deserve your respect and you should show them none.

The quicker more individuals realize this, the better off humanity will be and the quicker we'll be able to right the ship. Spread the message. Start rallying around fairer systems like Bitcoin and other free and open source software systems that respect freedom in the Digital Age and human dignity.

The spiders are bigger in Texas than they are in New Jersey. 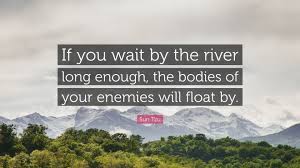 Take a deep breath and enjoy the ride. 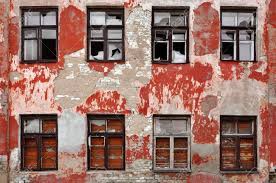 Are you happy with the state of things? Is this the society you want to live in?