As we discussed on Friday, someone in Congress, with supposed pressure from the Treasury, snuck a provision into the bipartisan infrastructure bill that would cripple bitcoin companies operating in the US if signed into law. From what industry participants could gleam, the provision was written by an individual or group who either has no grasp of how Bitcoin works or an individual or group who knows exactly how it works and is dead set on stamping it out in the US as quickly as possible. Your Uncle Marty's bet is on the latter being the case.

To no surprise, many who are deeply invested in bitcoin and are building businesses that leverage the protocol to provide services to individuals who would also like to leverage the protocol picked up their phones, smashed their thumbs, and made enough noise to move Senator Pat Toomey from Pennsylvania and Ron Wyden from Oregon, and some others to call for a reworking of the provision focused on the Bitcoin industry. At the moment, there is no insight into how the language will be changed. In its current form would make it impossible to operate a business or even use bitcoin in the US.

As someone who is very distrustful of politicians working at the federal level, I am skeptical that the bi-partisan team working to rework this particular provision can do anything more than make it suck a little bit less. The true solution to this Trojan Horse would be to burn it to a crisp by doing away with it completely. After all, this is an INFRASTRUCTURE BILL meant to disperse funds to be invested in American infrastructure. There is absolutely no reason why there should be any language at all in the bill pertaining to Bitcoin. Anything short of this coming from the efforts of Senators Toomey and Wyden will be considered a loss in my book.

If anything, this Trojan Horse attack on Bitcoin via a crucial bi-partisan spending bill highlights the insidiousness of Washington DC and the scoundrels running around that city. This infrastructure bill is giving me PTSD flashbacks to the TARP bill and all the bullshit that got loaded into it at a time when the American financial system was on the brink of collapse. These people see dire straits as bargaining chips to force their agendas on the public. It is truly disgusting and evil and we should be actively attempting to defund this parasitic force that is sucking value and life force out of the American public.

It's a bit poetic, isn't it? By attempting to ninja launch these new Bitcoin laws on the public, the Federal Government has reminded us exactly why we need Bitcoin; to free ourselves from the grasp of a bloated system dead set on having complete control over the populace and eliminating all freedoms. Keep pushing, freaks.

It feels like the end of September outside right now. 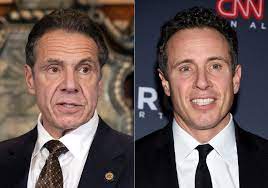 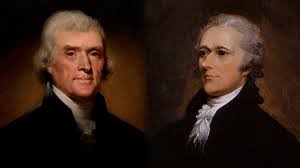