Here's a very interesting thread that you freaks should read through when you get a chance. (It's much longer than the one tweet above.) Simon Lelieveldt dives into the fine print of EU law as it pertains to the Travel Rule and other FATF-recommended guidelines the economic union has implemented that could have a negative effect on bitcoin users if applied to bitcoin wallets.

There have been rumors swirling throughout the week that the EU is set to ban the private ownership of "private cryptoasset" wallets that many bitcoiners use to secure their bitcoin without a centralized third party being involved. Many bitcoiners, particularly Americans with a focus on Bitcoin regulation and law, have been trying to calm bitcoiners down by reassuring us that the posturing from the EU is nothing to worry about. However, it seems that Simon disagrees and believes we should be viewing the EU's moves as an overt attack on the ability of individual Europeans being able to secure their own UTXOs. They would essentially do this by making it impossible for individual users to comply with the overbearing data collection requirements put forth by the EU's implementation of the Travel Rule.

Who knows what happens in the end, but this is definitely something you freaks should be aware of. Read through Simon's thread and get a better understanding of the ways in which the power structure plans to attack Bitcoin and bitcoiners. Overbearing regulations that are impossible to comply with. All in the name of stopping terrorism, money laundering, and sex trafficking.

I don't know if you freaks have noticed, but there seems to have been a very noticeable escalation of Authoritarian clamp downs from the power structure over the last few months that is quickly attempting to erode civil liberties in many aspects of life. Whether it be your ability to travel, your ability to decide what gets injected into your body, or your ability to take custody of your hard earned money in a way that cannot be controlled by the state or its banking minions; the powers that be are lashing out aggressively. It's almost as if they understand the end game is almost near and they need to make a last ditch onslaught to attempt to retain power. Keep fighting.

Not a big fan of mosquitoes. 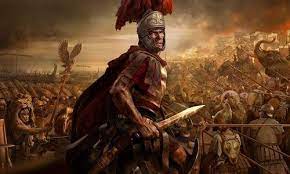 > Do not let them divide us and crush our liberty under the guise of a greater good. Freedom of the individual is the greatest good that ever was or ever

This is something that should be celebrated by all and viewed as a modern day miracle.