(Read the thread above when you get a chance.)

On April 29th, we wrote about the pillaging of the middle class via the cornering of the real estate market by institutional capital flowing from the Blackrocks of the world. I wanted to use today's rag to bring the issue to your attention again because I think it is a very serious problem that has some pretty pernicious intentions. Mainly; driving us toward neo-feudalism controlled by the banking and political classes who would like to see the Common Man become a serf. This may seem like some crazy CoNsPiRaCy ThEoRy, but it's hard not to come to these type of conclusions when you simply open up your eyes and look at what this class of kleptocrats are doing.

This isn't something that is isolated in the US either. There seems to be a concerted effort across many countries taking (for reasons unknown to your Uncle Marty) barking orders from the World Economic Forum. If you haven't noticed there are a few buzz phrases that have been going around since the coronavirus lockdowns began last year that have emanated from WEF. Mainly; "The Great Reset" and "Build Back Better". Both phrases serve as linguistic tools to give people a sense of purpose and believe they are striving for something bigger than themselves. In reality, these kleptocrats are attempting to cattle herd large swaths of humanity into a Communist hellscape in which no one owns anything but the overlords.

Don't believe me? Listen to their plans for yourself.

Don't believe the politicians around the world are in on it? Then why would they have coordinated catch phrases to push their economic agenda?

It's all very very creepy. Why does anyone on the planet take the World Economic Forum seriously? Who put them on the pedestal they gargoyle crouch on? Most importantly, how are they able to dictate popular policy for many of the world's nations? Why are many leaders around the world parroting talking points that can be traced back to WEF?

I ask because things are starting to get serious. Again, look at what they do not what they say.

"We want to uplift the poor."

"We want to increase quality of life."

"We want to decrease the inequality gap."

"We want to save the environment."

If you have your eyes open you'll see that they:

Enact policies that make the poor worse off while decreasing quality of life for everyone. This is evidenced by the decommissioning of reliable energy sources like natural gas and nuclear power plants, which makes energy more expensive and less reliable.

Attempt to force people to use wind and solar, which force slaves living under despotic regimes to dig for rare earth metals and coal, raping the environment in the process.

And they allow institutions like BlackRock, which is an official partner of WEF, to outbid the American middle class for single family homes they will never step foot in. Driving prices to obscene levels. Pricing the Common Man out, and forcing him to rent in return. Keeping him on a hamster wheel of debt and conspicuous consumption with diminishing hopes of ever being able to own quality assets.

Their actions speak much louder and harsher than their words would lead on. By looking at what this class of kleptocrats does in the real world, it isn't at all hard to see how many people are beginning to think these "experts" are actually evil anti-human psychopaths dead set on complete domination.

This is why we Bitcoin, freaks. Bitcoin is a digital bearer asset that you can truly own. Furthermore, you can stack very small amounts of bitcoin at a time. Stack sats as the kids say these days. The creepy powers that be will never be able to print money ex-nihilo to give to the BlackRocks of the world so they can go and outbid you on a home you are looking to purchase.

Even better, if Bitcoin is successful, it will render real estate's function as a store of value obsolete. Inciting a Great Real Estate Repricing event that will drive real estate values to where they should be, the value of a house as a consumption good with some extra value added on (or taken away) based on aesthetic preferences. It would be incredibly poetic if the Great Reset™ crew is left holding a fat bag of overpriced real estate.

Thank you for listening to my WEF ramblings.

My hair looks incredible when it's a bit humid out. 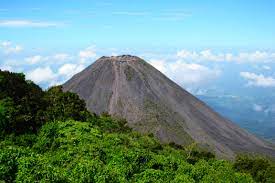 If we continue speaking up, we will win. I do not doubt this in the least bit.