With the crescendo of screeching emanating from the ESG initiative, the move to crack down on mining in China, and the temporary ban of mining in Iran over the Summer to spare their grid; it is becoming glaringly obvious to your Uncle Marty that the future of bitcoin mining will be off-grid. As the great Junseth likes to say, miners are energy pirates who jump from grid to grid arbitraging low electricity prices in places with relatively little demand for electricity.

Eventually, miners get priced out due to demand from other electricity purchasers who drive the price higher or the government stepping in to levy a burdensome tax or an overt ban. Many on-grid miners are sitting pretty at the moment and may feel comfortable, but I don't see this lasting forever. The factors listed above will come into play at some point. Above, we have an example of police in the UK identifying a mining operation, thinking it was a marijuana grow (lol), by seeing its footprint on the grid to identify and shutdown the operation.

As Bitcoin grows in popularity and more people continue to adopt it, governments will seek to curb the network by controlling the mining industry as a last ditch effort to cling to power over the money. The lowest hanging fruit for these governments will be finding on-grid mining operations, showing up to their warehouses and telling them to unplug their equipment. Luckily for the Bitcoin network, the ability to mine off-grid exist and is beginning to gain steam, so there should be a significant amount of hashrate being produced that isn't subject to this type of no-knock raid and unplug. (Disclaimer: I work for Great American Mining, an off-grid mining company.)

Furthermore, this will be good for the Bitcoin network in many ways. First and foremost, hashrate will be more granularly distributed geographically. Off-grid mining operations come in small chunks compared to on-grid warehouse mining. These off-grid operations will be mobile since the off-grid opportunities can be somewhat temporary in certain instances. They will be significantly harder to identify due to the fact a government can't identify an on-grid footprint that gives up an operation's location. And it will lead to more anonymous mining run by land owners. Private property rights, in America at least, are extremely strong and if an operator builds out their mining operation in a calculated way they can mine without anyone knowing that they are. 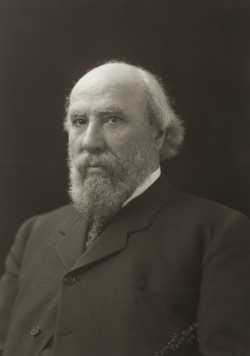 Bitcoin provides a unique opportunity to build on a new open-source financial frontier.